Beflaggung verschiedener Schiffe
Examples of how to fly the flags 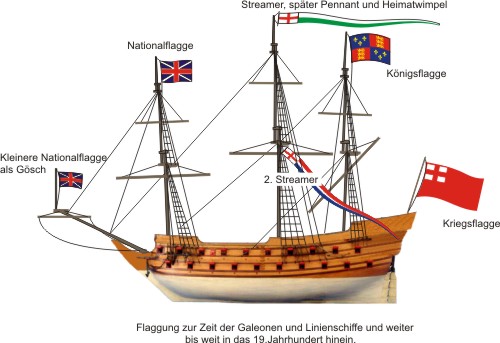 Flags of galleons, navy ships in general, ships of the line, till 19th century,
with small national flag as jack, national flag at the foremast, streamers at the main,
royal standard at the mizzen, and navy flag. 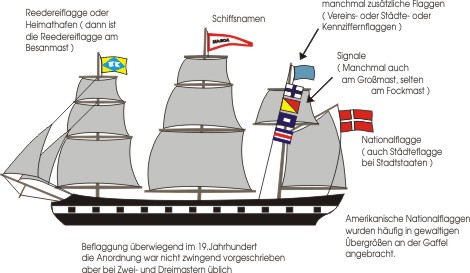 Merchant marine flags, 19th century,
with shipping company flag (or home port flag) at the fore, name flag at the main,
city or club flags at the mizzen (including signal flags) and national flag at the gaff boom. 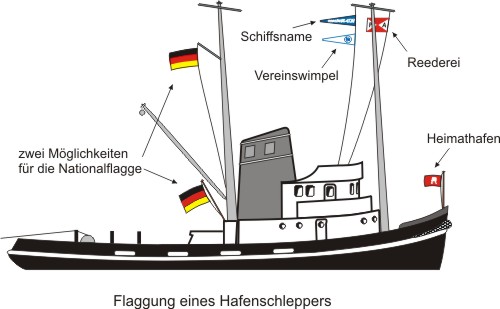 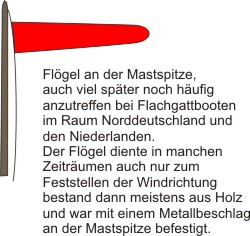 A dog-vane, carried at the masthead (of boats) to indicate the direction of the wind. 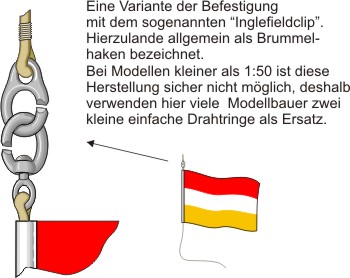 Inglefield clips spliced to the ends of the hoist lines attached to flags.
They allow for rapid and easy hoisting, especially of signal flags.
In modelling only if scale is 1 : 50 or larger.